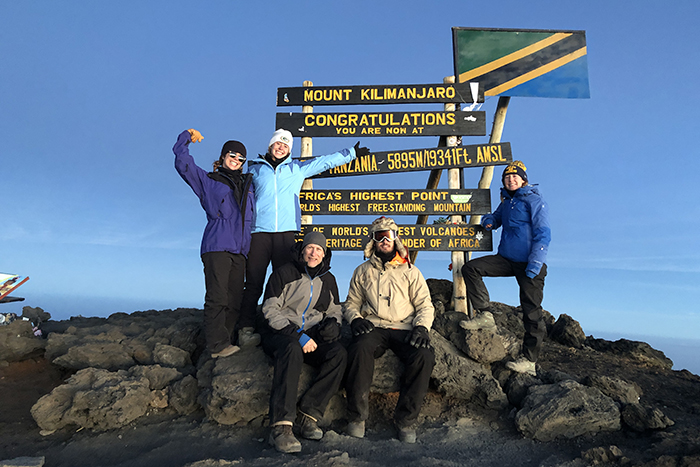 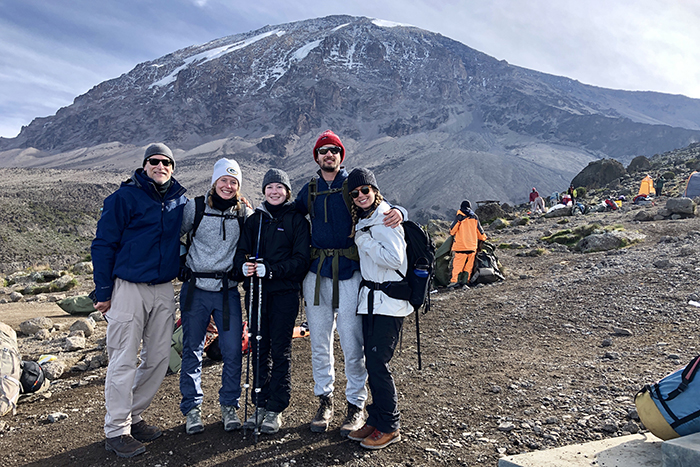 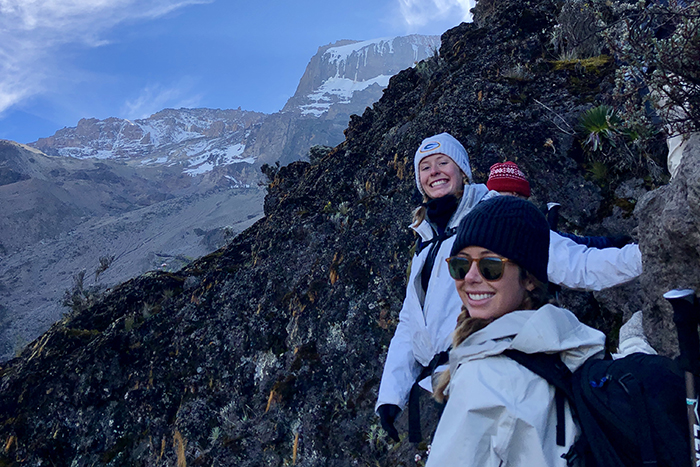 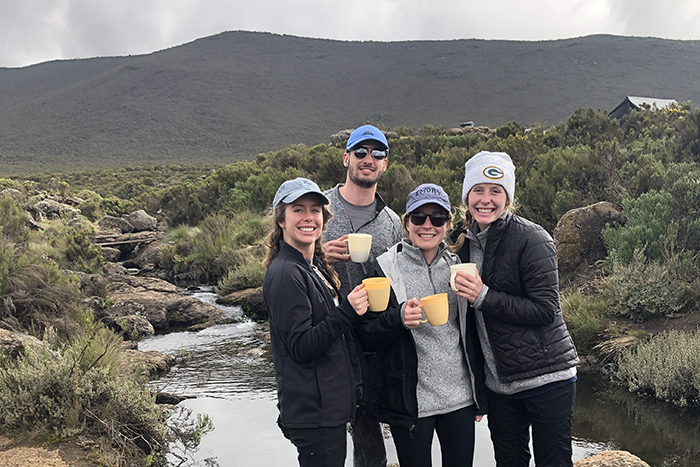 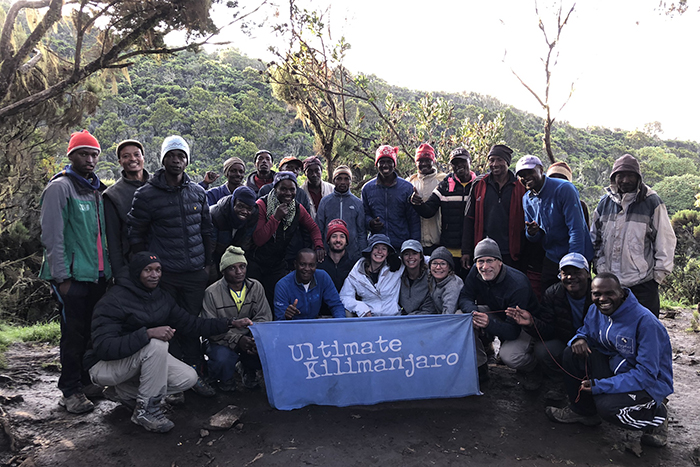 Emory volleyball player and nursing student Maureen Schick checked an item off her bucket list when she climbed Mount Kilimanjaro with her family this summer.

While many college students might spend their summers working, taking an extra class or hanging out by the pool, Emory student-athlete Maureen Schick had a different plan in mind when classes ended in May: climbing Mount Kilimanjaro.

“My family loves getting outdoors and hiking, no matter how big or small the hike,” she says. “One of my most vivid memories is a hike we did together when I was in fourth grade. We went all the way down into the Grand Canyon, camped there overnight and then climbed all the way out the next day. It was so memorable and worth it!”

The idea to tackle Mount Kilimanjaro – the tallest mountain in Africa and the tallest freestanding mountain in the world – took root when Schick’s parents were medical workers in Tanzania in 2009.

“While we were there, we heard about Mount Kilimanjaro and were able to see it. Ever since then, climbing it has been on all of our bucket lists. We decided last September to do it and have been training ever since.”

Schick had an idea of what lay ahead, considering she hiked Harder Kulm Mountain in Switzerland last summer. She prepares for her climbs through running, hiking and a variety of other activities. Part of her training for Mount Kilimanjaro included spending two weeks in Colorado this spring with her siblings, hiking parts of Rocky Mountain National Park.

“Preparing for this sort of climb takes tons of time,” she says. “It’s not like training for a race where you get the miles in and you’re set. The best way to prepare is to put on a backpack and hike for hours at the time.”

Schick’s father, brother and two sisters joined her on the Mount Kilimanjaro climb, along with three guides and 17 porters. They spent eight days on the mountain: six climbing and two coming down.

At least half the people who set out to climb Kilimanjaro don’t finish, but everyone in Schick’s group reached the summit.

“The toughest aspect of the climb is overcoming the altitude,” she says. “No one is used to breathing one-third of the oxygen we normally breathe, so you can get really tired or sick very quickly at that altitude. We were so lucky that no one got sick or had any injuries going up. Once we reached summit night, I don’t think any of us doubted that we would make it.”

The group left camp around midnight to make the last hike to the summit.

“We reached the top around 6:30 a.m. on June 16, just as the sun was rising. It was one of the most incredible sights I had ever seen. My first thought was, ‘I can’t believe this.’ There was a certain euphoria because we had all made it together and had overcome so much to get there.”

“It made it all the more special that it was Father’s Day and we were able to celebrate our dad who was the one who made it all happen,” she adds.

The group spent about 45 minutes at the summit before the effects of the altitude began to wear on them and they had to start their two-day descent.

“There’s definitely something incredibly special about checking off a bucket list item with your family by your side. I hope I always remember not only what it felt like to stand at the summit but also the memories we made during the eight days of camping and hiking together as a family.”

Schick’s journey is one that other people also will remember.

“I am so incredibly proud of her,” says Emory’s head volleyball coach Jenny McDowell. “She is a relentless competitor, a hard-working athlete and passionate about her physical training. It absolutely does not surprise me that she was able to summit Mount Kilimanjaro.”

Whether she’s preparing for her next mountain climbing adventure (Mont Blanc in the Swiss Alps), volleyball season or her first semester of nursing school, Schick finds parallels that translate to everyday life.

“Sometimes a goal or task can seem incredibly daunting, but it suddenly becomes much more feasible if you split it into smaller goals,” she says. “If we had looked at climbing Kilimanjaro as a 50 km hike, it would have seemed like an unattainable goal. It becomes so much easier to manage when you break it down into smaller increments.”

Emory mathematician ignites acclaim for one of year's top discoveries